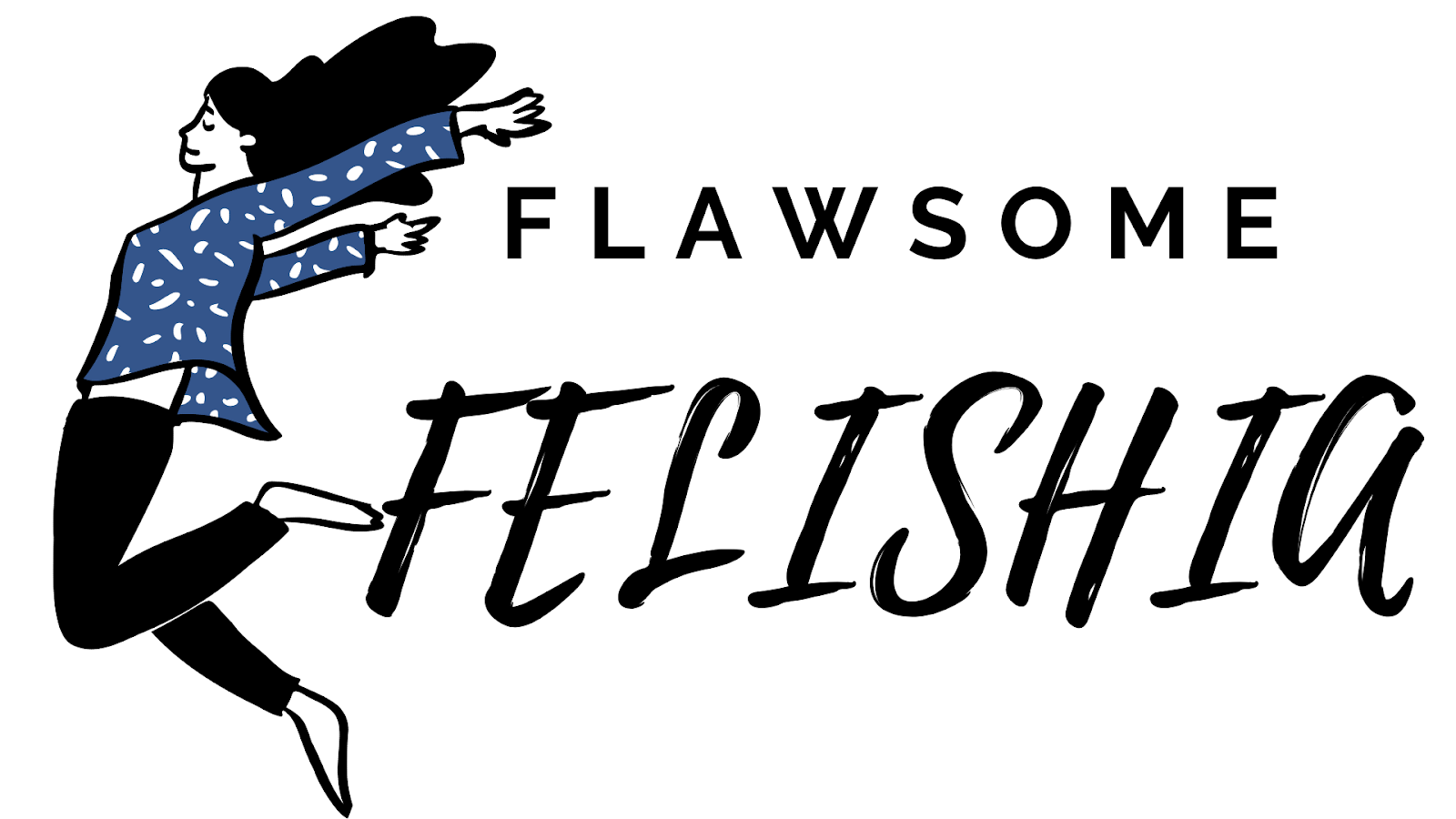 11 Viral Challenges That Broke The Internet 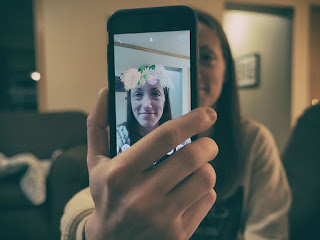 Most of us are well aware of the various things that happen around the internet. One of the most famous things is Viral Challenges. These challenges are fun to watch and are open to all to participate in. Mobile applications like Musically, Tik Tok, and Instagram are some of the popular places for internet challenges. Thanks to these apps, the viral challenges are on the rise and many people all over the world are participating in it.

Some of these challenges are fun and advantageous whereas others are plain silly and stupid. Some challenges have caused high risks and injuries to the participants. For e.g. The Selfie Stick Challenge led to many deaths after youngsters started taking selfies at the top of towers and edge of mountains. 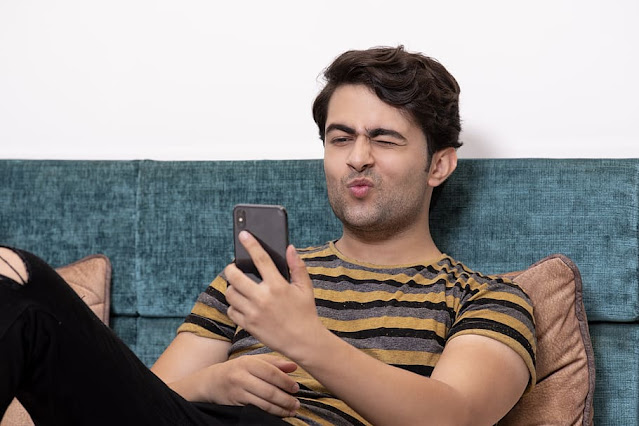 11 Viral Challenges That Broke The Internet


Here are 11 viral challenges that broke the internet:

One of the most viral challenges of recent times is the Kiki Challenge. Set to Drake’s song, “In My Feelings”, this challenge required the participants to get out of the moving car and start dancing along with the car. The kiki dance went viral after comedian Shiggy posted a video of himself on social media channel dancing to this song. However, his video didn’t include a car.
The car was brought into the picture by Odell Beckham Jr. The challenge seemed all fun in the beginning but soon was under the radar when people started taking it to the extreme mile. Many youngsters risked their lives just to get the perfect record-breaking kiki dance video.
There were also few mishaps reported due to this Kiki challenge. The police authorities issued warnings against this challenge after noticing how riskier it was getting. A group of YouTubers was also arrested by the Indian police after they attempted to do the Kiki challenge by running along with the local trains.

2) What the fluff challenge

One of the cutest viral challenges, very popular on Tik Tok, this included your pets. The challenge started with a Siberian husky named Jax who was left confused when his human disappeared right in front of him. Jax’s owner encouraged her social media followers to try out the same challenge with their pets. What the fluff challenge included pet owners tricking their dogs or cats with a disappearing trick.
The pet owners would hide behind a blanket and run into the adjoining room while simultaneously dropping the blanket. The pets would look bamboozled wondering what just happened. Many people tried out this challenge with their horses, birds, and other farm animals too.
What the fluff challenge quickly became viral because of the amount of positivity that it spread and the joy that it brought to the viewers as well as the participants.

The Harlem-Shake challenge was one of the most viral challenges in the year 2013. The challenge started as a video meme performed by a Japanese Youtuber called Joji aka The Filthy Frank. Harlem Shake Challenge involved participants dancing to the song Harlem Shake by Baauer. The challenge begins with a solo participant dancing alone to the first 15 seconds of the song. Once the bass drops, the rest of the group (usually the onlookers) join in.
As the challenge started getting viral, people started adding funny outfits to their performance. They also started doing the challenge in unusual places like the church, weddings, movie theatres, school premises, underground, war memorials, etc. which led to some unforeseen consequences. The Guinness World Record for the largest crowd doing the Harlem shake was created in 2013 with a crowd of 3,444 people taking part.

The ALS Ice Bucket Challenge was one of the most popular challenges for a long time. It started with a professional golfer named Chris Kennedy, who challenged his sister, Jeanette Senerchia (whose husband suffered from ALS). The main purpose of starting this challenge was to raise awareness about ALS and raise money for its research.
The challenge required the participants to dump off a bucket of ice and water over a person's head, either by another person or by self. The participant would then raise awareness about ALS and nominate someone else to continue the challenge.
Making donations was however optional. ALS Challenge was also under the radar after a few people started taking it to an extreme level. It was a global phenomenon with over 17 million people from all around the world participating in it. As per the reports of 2016, supporters ended up raising over $115 million for the A.L.S. through this challenge. The man who inspired the ALS challenge sadly passed away at the age of 46.

Mannequin's challenge was quite popular during the winter of 2016. It is believed that the phenomenon was started by students at Ed White High School in Jacksonville, FL. This challenge required the participants to stand perfectly still while the camera would move around and film them in their still action. The hip-hop song “Black Beatles” from Rae Sremmurd played in the background while the participants acted like mannequins.
Many celebrities, politicians as well as sports personalities participated in this challenge. This challenge also became quite viral on Tik Tok. This challenge was used by many for various promotional purposes and to raise awareness about other social issues too.

This was one of the riskiest and most absurd challenges. It was started as a tutorial by YouTuber Vinnie Mac where she explained how to eat corn within 10 seconds.
Soon it was turned into a dare game where the participants had to eat entire corn on the cob as quickly as possible by sticking it on the end of a power drill and spinning it across one's teeth. This challenge came with many fails and dangers as many participants lost their teeth, get their hair stuck in the rotating drill, etc.

Another silly viral challenge that did more bad than good was the ghost pepper challenge. The ghost pepper challenge was simply plain stupid. This viral challenge involved the participants eating and swallowing a whole ghost pepper. The origins of this challenge are unknown. The ghost pepper is considered as one of the hottest pepper. Additionally, too much consumption can easily kill you. This is because it is high on the Scoville scale and known for its piquant (spicy-hot) qualities.
After consuming the pepper, many participants showed visible signs of distress like vomiting, hallucinations, profuse sweating, reduced vision, allergic reaction, etc. Some participants had to visit the emergency room after taking part in this challenge.

Another silly viral challenge was the Kylie Jenner Lip Challenge. Having the perfect pouty lips is something that most of the girls want but cannot have as the surgery costs thousands. But when a viral post on social media said that Kylie Jenner gets her fantastic lips by inserting it into a shot glass/small jar and then sucking it out (while creating a vacuum), many teenagers wanted to try it out.
Tik Tok became a popular hotspot for this viral trend. This dumb trend, however, didn’t go as planned and many teenagers ended up in the hospital because of swelling, scarring, cuts from broken glass, disfigured lips on repeated attempts, etc. Doctors soon put a red flag on this challenge and warned teenagers about it.

Neymar challenge became quite popular during the 2018 FIFA world cup. The trend started after people noticed Neymar’s over-reactions on the football field. In this challenge, as soon as the participants would hear the word Neymar, they would drop to the floor and tumble around creaming in mock pain just like Neymar. This viral challenge had a huge positive response from many football fans.

Bottle flip challenge is a viral challenge where the participant has to flip a full or partially filled bottle in the air in such a manner that it turns and lands upright on its base. The viral challenge was started by a teenager from North Carolina called Michael Senatore.
The viral challenge became quite popular because of its complexity. However, parents and school authorities were quite annoyed with it as the kids were addicted to it.

Are these viral challenges beneficial?

1. Viral challenges help in adding a little fun in regular lives. These challenges, if kept within limits, can benefit many people. For e.g. The ALS ice bucket challenge did help raise awareness as well as money for the cause.

2. Many challenges help us get answers to the questions we didn’t know we even had. The Padman Challenge helped many people understand the concept of periods and the various issues women face because of it.

3. They help us explore a different side of ourselves. These challenges help us feel confident and pursue something that we love. Some simple challenges like “NoMakeUpSelfie" helped many young women battling self-esteem problems feel like accepting of themselves.

4. Challenges can also be extremely useful in business to promote something. Through these viral challenges, you can easily make your movie or product viral.

What are the negative points?

1. The videos of the people participating in viral challenges can quickly get spread throughout the internet in various compilations format. It can be a breach of personal space and is quite dangerous especially if the video begins to get circulated for the wrong purpose.

2. Children participating in these viral challenges need to be alert and well informed before they share their videos or images online.

3. Some of these viral challenges, as we saw above, can be quite dangerous and harm a person’s life. The participant needs to be able to draw a line between what’s fun and what’s risky.

In this age of the internet, you will come across thousands of challenges that can be fun, silly, or dangerous. It is up to you to decide whether you should be a part of it or not. But remember, make sure whatever you do now doesn’t backfire you in the future.

What are your thoughts?

Fiona is a management student. She loves gaming and travel. In her free time, she immerses herself into her favorite music. She also loves watching movies and spending time with her friends. 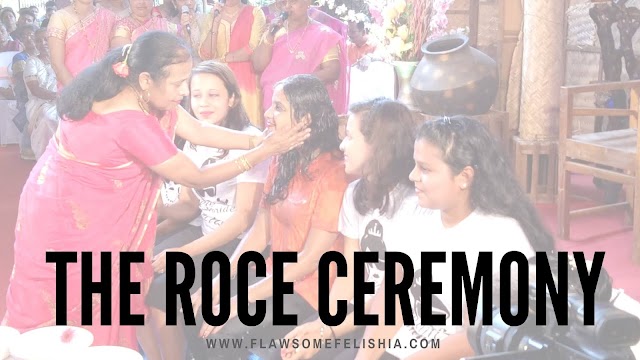 The Roce Ceremony - A Catholic Pre-Wedding Ritual In India

Get all latest content delivered straight to your inbox.

Today, September 8, is a special day for the Catholics as we celebrate the birthday of Mary, the mother of Jesus Christ. In certain #Catholic communities, it is also a day to give thanks for the new crop. A key symbol of the day is, the ‘novem jevan’ — a complete vegetarian meal also symbolic of the new harvest. Similar to the #Onam sadhya, this meal is also served on a plantain leaf. The feast is prepared with fresh produce, and ideally consists of an odd number of dishes. On my leaf: 1) Salt 2) Pickle 3) Cucumber Salad 4) Channa (Grams) and Coconut Vegetable 5) Moong (Mung bean) Vegetable 6) Ladyfinger Vegetable 7) Rice 8) Mix Vegetable Curry And the best part 9) Payasum #vegetarian #catholic #mothermary #novemjevan #manglorean #foodphotography #foodstagram #f52grams #f52community #foodiesofinstagram #foodporn #payasam #sweetdish #dessert #foodie #flawsomefelishia #lunch #lunchtime #homemade #homemadefood #foodblogger #foodpics #monthifest #mangloreancuisine #mangloreanculture #novenjevan

7 Inspiring Movies That Will Give You The Motivation To Study